Bajaj Allianz Life Insurance Company Limited, one of India's leading private Life Insurance companies, wanted to build on the success of the ‘Tax Monster’ campaign in the previous year. We conceptualized, designed and executed newer ways to tackle the Tax Monster and helped people ease their tax worries.

What we set out to achieve

Tackling the same problem as in the previous year, the objective was to reach out to an even larger audience who perceived tax saving instruments as a serious entity. We decided to build a fun and interactive, digitally led social media campaign using the same Bollywood inspired tonality like the previous year. 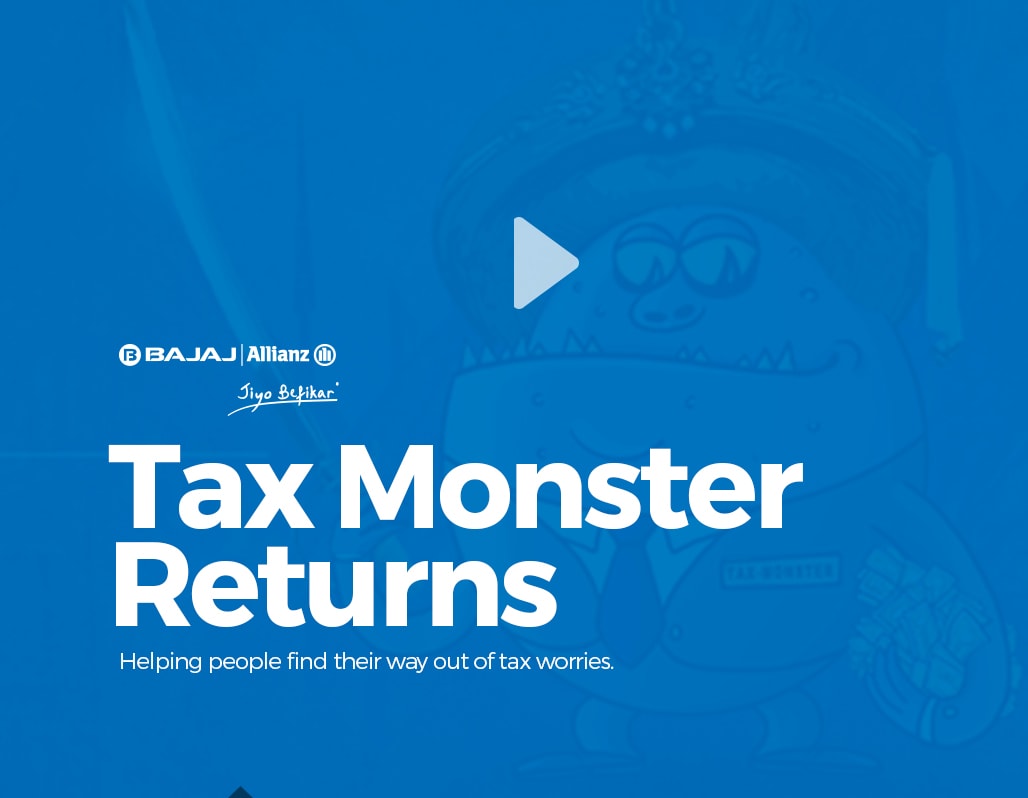 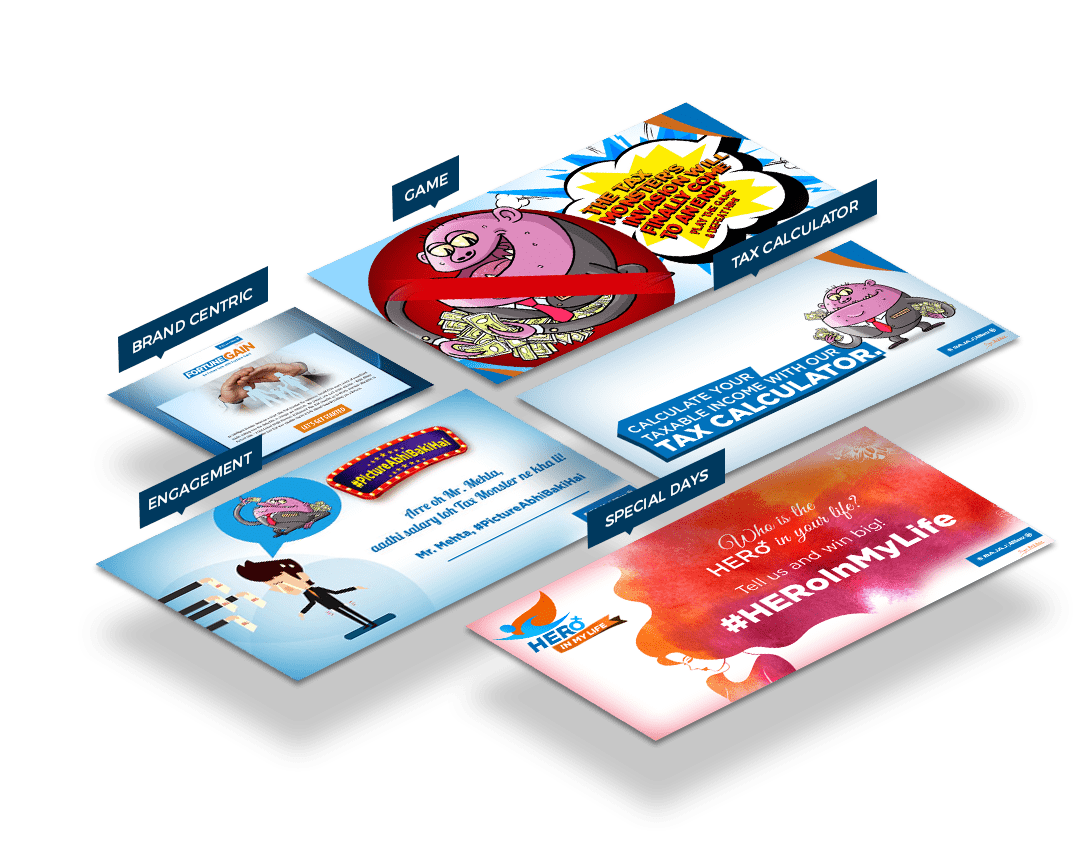 How we did it

While Phase 1 created expectations around the Tax Monster’s return, Phase 2 emphasized the influence of the Tax Monster through real life scenarios, Phase 3 provided people with tips and solutions to save tax.

In addition to a robust social media strategy with a strong Bollywood tonality that targeted salaried individuals in the 18-45 year group, an intuitively built landing page allowed them to explore all the different ways to save tax. A host of community engagement initiatives connected with our audiences across multiple digital and social platforms.

Including hashtags like #TaxMonsterReturns and #TaxGiri, a social post series around finance & investment – InvesTales; and a number of minimal design posters under hashtags #PeechaNahiChhodega, #AnotherYear and #RoadSafetyWeek were created to keep the conversations alive.

Two new characters Appu and Pappu were introduced to educate customers about life insurance and financial planning. While interactive calculators helped people to plan income tax and other expenses, infographics and twitter engagement activities like #InvestBefikar helped them solve their tax worries.

Special days and festivals like Valentine’s Day, Holi, etc. were also leveraged through a series of 15 second videos starring the Tax Monster and hashtag engagements like #MeriLifePlanner.

views were received for the Tax Monster Returns on YouTube

Re-creating success is often difficult. With a prequel that was such a big hit, we had a huge challenge on our hands this time around. However, the Tax Monster Returns campaign not only successfully increased brand visibility, engagement and awareness across social and digital platforms, but also managed to generate a huge number of qualified leads through affiliate marketing, Facebook lead cards, re-targeting, programmatic display ads, financial calculators and interactive games.

Twitter followers added as
#InvestBefikar trended for
more than 3 hours

Talk to an Expert